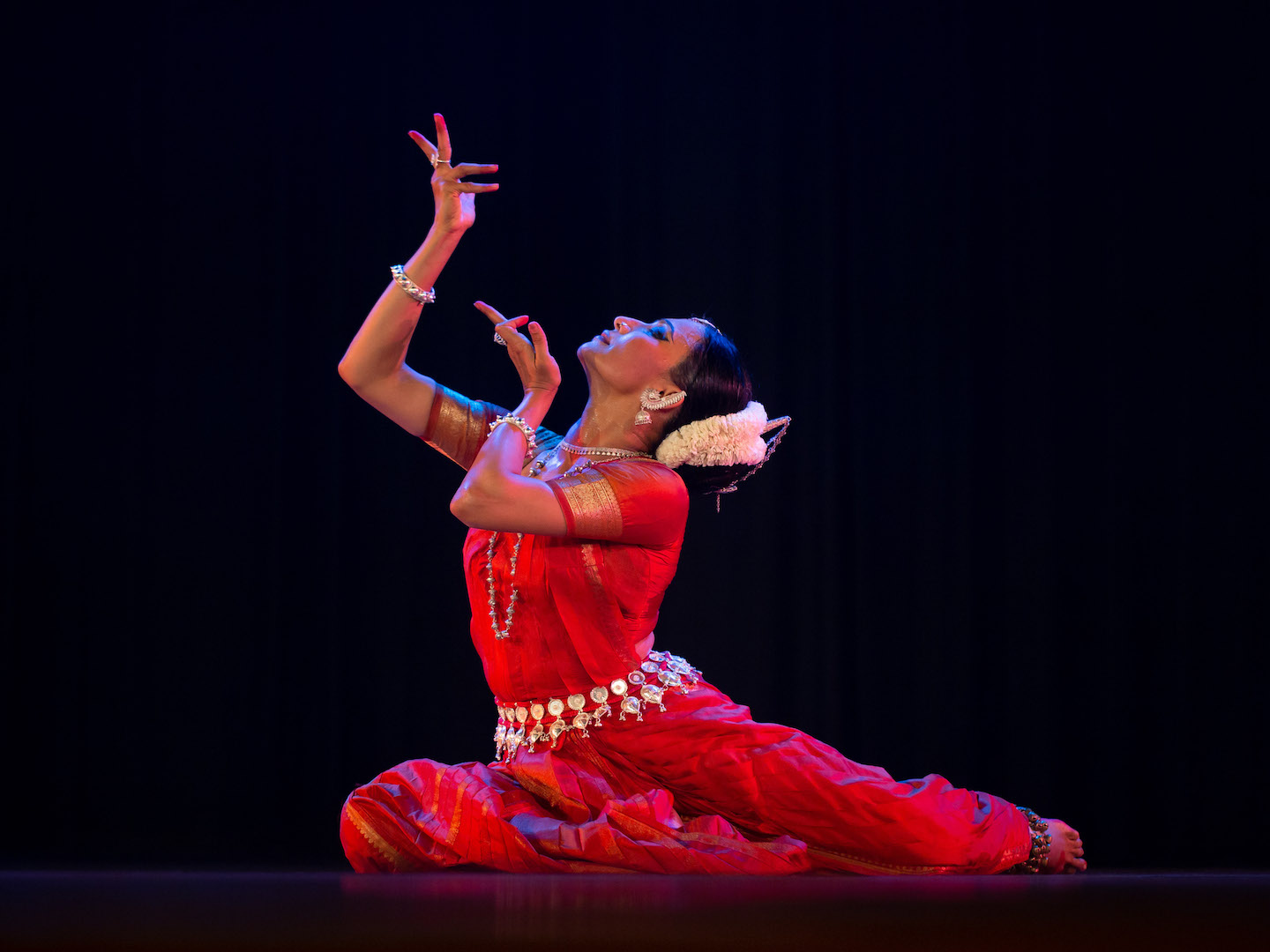 As part of her debut solo tour in the United States, Bijayini Satpathy will perform Kalpana, weaving together narrative and non-narrative imagery through Odissi dance. Odissi is an ancient dance form that originated in the eastern Indian state of Orissa some 2,000 years ago. Described by the New York Times as the “most sensuously poetic of all dance idioms” Odissi is renowned for its graceful body movements and sculptural poses. In Kalpana, Satpathy combines lithe movement and an expressive face with skill and athleticism as she executes precise spins, turns, and jumps. The performance builds up to a cathartic crescendo as the actor and character, emotion and experience, and subject and object dissolve to become one and the same in the space beyond the self.

This event is co-sponsored by the Georgetown University India Initiative and ānanda bhairavi.

Bijayini Satpathy  is one of the foremost practitioners of Odissi dance, best known for her role as the lead dancer of the Nrityagram Dance Ensemble. She also worked with Surupa Sen to research and expand the dance vocabulary of Odissi dance, together developing a style that distinguishes the Nrityagram dancers. She has been awarded numerous distinctions throughout her career, including the Sanskriti Award, Bismillah Khan Yuva Puraskar, Nritya Choodamani, and the Mahari Award.

RSVP to Kalpana: An Odissi Dance Recital by Bijayini Satpathy